DARK MATTER IS THE GRAVITY HELPER FOR HOLDING GALAXIES TOGETHER 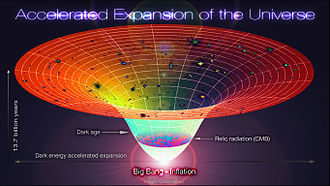 Dark no more: 380,000 years after the big bang, the light showed up (Let there be light).  Light flashed throughout space.